To build a mostly composite jet, the Boeing Co. needed a whole new set of tools for its 787 Dreamliner.

No longer building an aluminum aircraft, Boeing said goodbye to costly fixed overhead cranes and large automated riveting machines and hello to the gantry crane and Mother of All Tools Tower.

Boeing's final assembly line here in Everett is laid out with the goal of snapping together six mostly completed composite assemblies shipped from around the world. Workers eventually will be able piece together one 787 every three days. The moving assembly line uses laser technology to align sections into place.

Advanced Integration Technology, a Texas-based company with an office Bothell, was tasked with helping Boeing redesign its final assembly line. AIT designed tools to position large structures into place, allowing, for example, the 787's wings to be joined to the fuselage in hours, not days. AIT also devised tools for Boeing suppliers Vought Aircraft Industries, Global Aeronautica and Spirit AeroSystems.

GANTRY CRANE
The gantry crane is one of the first tools used in assembling the 787. It's used to remove cargo and deliver items to their appropriate positions for pre-integration work.

CIRCUMFERENCE TOOL
Holding the fuselage in the precise location needed, this tool also allows access for automated drilling to drill and join the forward and aft fuselage section.

JACKS
Boeing workers use jacks to align the joined sections 47 and 48, or the aft sections, with the mid-body fuselage section.

CRADLE
Boeing workers use the cradle to cart around section 41, the forward fuselage, and move it into position.

MOATT
The Mother of All Tools Tower loads sections into "position one" for final body join.

WING HOLDER
Mitsubishi Heavy Industries ships fully built 787 wings to Everett, where workers use the wing holder to move the wings around on the production floor. 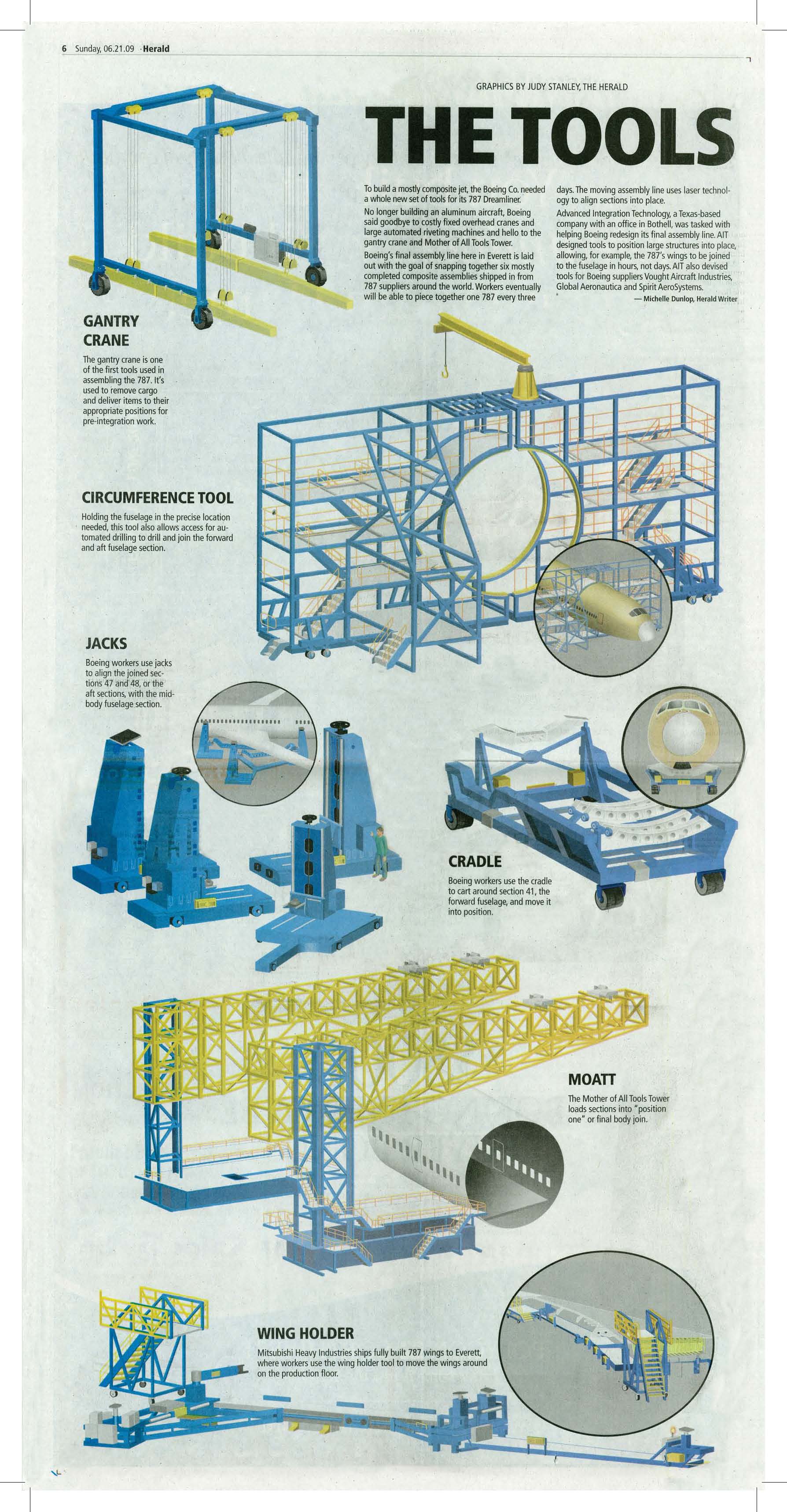